Constitution of the JSC

Justice See Kee Oon was appointed Judicial Commissioner in 2014 and a High Court Judge in Jan 2017.

Justice See chairs the SAL Legal Heritage Committee and is a board member of the SAL Executive Board and the Singapore Judicial College. He is the President of the Industrial Arbitration Court and also sits on the Military Court of Appeal.

Justice Audrey Lim graduated from the University of Cambridge in 1993 and was admitted as an Advocate and Solicitor of the Supreme Court of Singapore in 1998.

Justice Lim joined the Singapore Legal Service in 1994 and had been appointed to various positions including as a Justices’ Law Clerk, District Judge of the then Subordinate Courts, Deputy Registrar of the Supreme Court, Deputy Chief Legislative Counsel of the Legislation Division of the Attorney-General’s Chambers and Deputy Chief of Staff of the Singapore Legal Service.

Justice Philip Jeyaretnam was appointed Judicial Commissioner of the Supreme Court on 4 Jan 2021 and High Court Judge on 1 Nov 2021.

Justice Jeyaretnam read law at Cambridge and graduated with First Class Honours in 1986. He was called to the English Bar in 1987 and to the Singapore Bar in 1988 and was conferred the title of Senior Counsel in 2003 at the age of 38, one of the youngest lawyers to be appointed Senior Counsel. In 1988, he received the Airey Neave Award for research on the rule of law. In 1990, he was given a Fulbright Fellowship, which took him to the University of Iowa International Writers’ Programme and to Harvard Law School. In 1993, he received the Young Artist of the Year Award for his literary work.

Before Justice Jeyaretnam’s appointments as Judicial Commissioner and High Court Judge, he had been widely recognised as an expert in commercial litigation, arbitration and construction law in all major legal publications. In 2020, the Law Society conferred on him the CC Tan Award. He was managing partner of Rodyk & Davidson LLP from 2011, and following its combination with Dentons, ASEAN CEO.

Justice Jeyaretnam was the founding chairperson of the Society of Construction Law (Singapore) from 2002 to 2004 and served as the President of the Law Society from 2004 to 2007. From 2009 to 2020, he was a Member of the Public Service Commission and from 2012, has been a Member of the Presidential Council for Minority Rights. 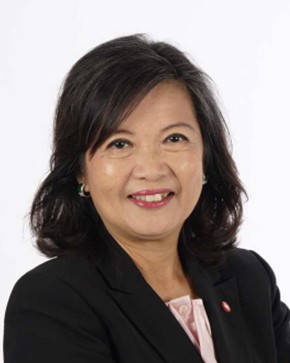 Mrs Deborah Ong is currently a Board Member and chairs the Audit and Risk Committees of SkillsFuture Singapore, Workforce Singapore, the Lee Kong Chian School of Medicine at the Nanyang Technological University and the Council for Estate Agency.

Mrs Ong retired as a Partner of PricewaterhouseCoopers LLP Singapore. She was previously a public accountant managing audits of large listed clients and providing advisory services to clients in various industries. She had also held leadership positions in PwC Singapore and in the Global Network.

Mrs Ong was an International Team Leader in the Global Assurance Quality – Inspections Group. In this role, she interacted with the PwC Leadership of a portfolio of countries regarding how quality and risk were managed in each of the firms. The countries included the United Kingdom, Korea and Japan. She was, prior to this appointment, a Member of the Leadership Team for PwC Singapore. She was also the firm’s Risk and Quality Leader.

Mrs Ong helmed the Human Capital function for PwC Singapore from 2002 to 2012. During her tenure as the Human Capital Leader, the firm saw significant shifts in managing the people agenda. An advocate of coaching culture, she worked closely with her fellow Partners to create a conducive environment encouraging staff development. 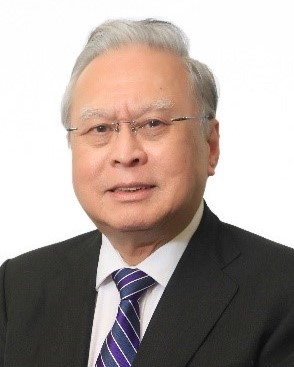 Mr Kwa Chong Seng was appointed a Member of the Public Service Commission in 1997. He is currently Chairman of Singapore Exchange Limited and Singapore Technologies Engineering Ltd. In addition, Mr Kwa holds public office appointments as Deputy Chairman of the Public Service Commission and Board member of the Defence Science and Technology Agency (DSTA). Mr Kwa was Deputy Chairman of Temasek Holdings Pte Ltd from 1997 to 2012 and non-executive Director of DBS Group Holdings Ltd and DBS Bank Ltd from 2003 to 2012. He was also a Board member of Seatown Holdings Pte Ltd from 2012 to 2021.

Mr Kwa has more than 40 years’ experience in the petroleum industry. He started his career with Esso Singapore Pte Ltd in 1969, holding various roles in Logistics, Marketing and other parts of the downstream business before becoming Chairman and Managing Director in 1992. He held this post until 1999 when he became Chairman and Managing Director of ExxonMobil Asia Pacific Pte Ltd. He retired from this position in 2011.

Mr Kwa graduated from the University of Singapore with a Mechanical Engineering degree. He is a Fellow of the Academy of Engineering Singapore. 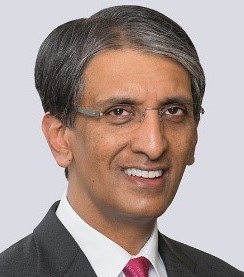 Mr Dilhan Pillay joined Temasek in Sep 2010. He was appointed Executive Director and CEO of Temasek Holdings on 1 Oct 2021 and is concurrently the CEO of Temasek International, a position he has held since Apr 2019.

Mr Dilhan Pillay has held various leadership roles in Temasek, including Head of the Investment, the Portfolio Management and the Enterprise Development Groups. He has also led the Temasek market teams in Singapore and the Americas.

Mr Dilhan Pillay serves on the boards of the National Research Foundation in Singapore, Enterprise Singapore and the Peterson Institute for International Economics. He is also a member of the Future Economy Council, the Financial Centre Advisory Panel of the Monetary Authority of Singapore and the National Jobs Council.

Prior to Temasek, Mr Dilhan Pillay was the Managing Partner of WongPartnership LLP. He has over 20 years of legal experience, mainly focusing on mergers and acquisitions, corporate governance and corporate law.

Mr Dilhan Pillay graduated from the National University of Singapore with a Bachelor of Laws and obtained a Master of Law from the University of Cambridge.

Constitution of the JSC